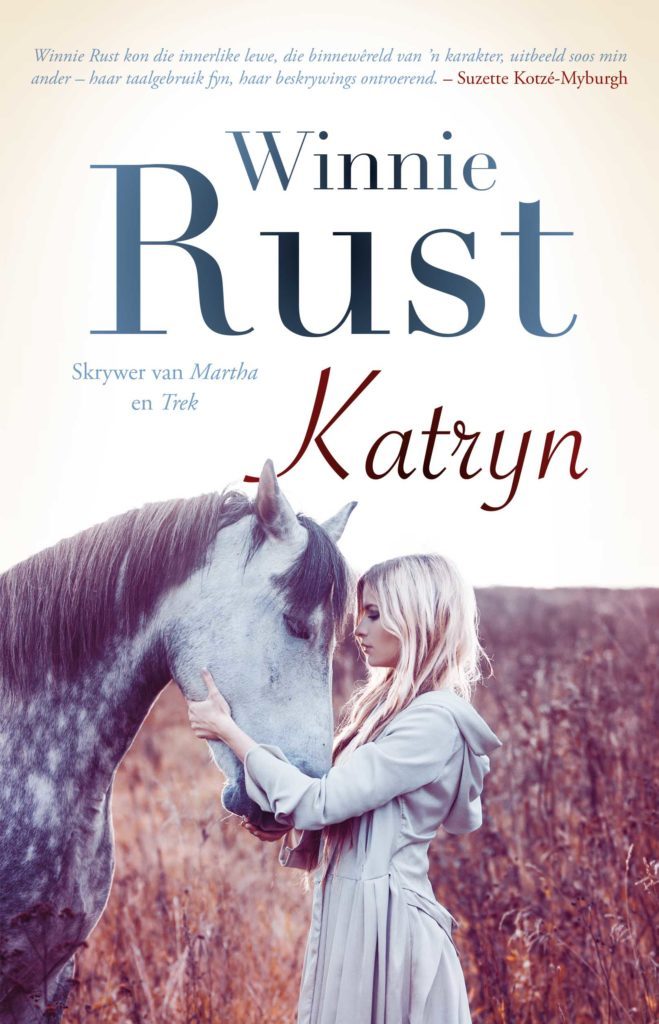 The story is set in the 1860’s. Wellington residents were equally excited about the arrival of the new steam locomotive and the ministry of Andrew Murray, the new preacher. The railway line to the gold fields was now open, business was booming at the Masonic Hotel and the spiritual revival brought a new piety to the Boland.

Blink Ben Marais, heir to the wine farm Wolwehoek, had had enough of all the preachments regarding fun and modernization. A learned and experienced bachelor, Ben was suspicious of the effect of the pious ideas on the popularity of his wine. And besides, he could not get the hotel girl out of his mind. Katryn, barmaid of the Masonic and daughter of the owner, was secretive, challenging and beautiful. People were talking and Blink Ben knew he had to choose.

“Winnie Rust has an unusual narrative ability: the immediate aspects of the narrator, the spontaneous, clear style.” -- Barend J Toerien, Rapport, 1 May, 2005

On 11 May 2016 author Winnie Rust was murdered in her house in Wellington, Western Cape. The manuscript of Katryn was completed shortly before her death.