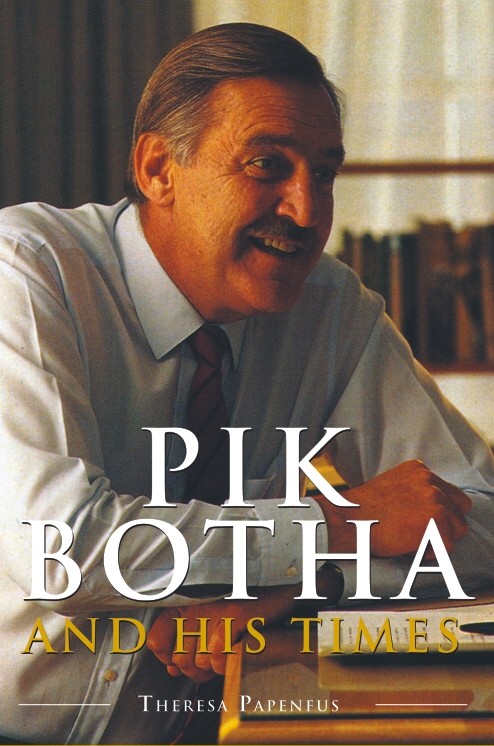 This biography reads like a novel: exciting, moving and humorous. It is the story of an inspiring politician who wrote verses on the back of cigarette boxes, a minister with the finesse of a battering ram, a peacemaker, and ambassador who never had to take &quot;No&quot; for an answer, and a man who was happiest when sitting next to a campfire in the bush. And it is far more. Theresa Papenfus depicts Botha against the broader political and social background of his time. This work is also an account of a tempestuous period in South African history. New facts are revealed on events such as the aviation disaster in which samora Machel was killed. The research covers a formidable range of sources, including personal interviews and correspondence with authoritative and prominent South African and international figures. And then there are Pik Botha's verses, personal documents and the numerous interviews he granted.

Valuable. Thorough. Absorbing. 'Jeanette Ferreira, literary critic, editor and writer...." An authoritative source of information ... that could never be ignored ... direct, with no mincing of words or empty praise ... a work that attests to intensive research and broad knowledge, sensitive but without sentimentality or obfuscation.'Marinus Wiechers, Professor Emeritus of Constitutional , International and Indigenous Law and former principal, Unisa. ...' " History owes her a favor for writing this book. I enjoyed it immensely.'Peter Sullivan, former editor of The Star and Group Editor-in-Chief, Independent Newspapers, South Africa.

More about the Author:
Theresa Papenfus grew up in the Boland and matriculated at Worcester. She studied languages at the University of Stellenbosch Read more...

Snippets from the book, Read here...

“… a page-turner …. Certainly one of the most fascinating biographies written by a South African
writer concerning a South African politician and can be highly recommended.” – Cyrus Smith: The Star, Pretoria News